As a distillery, 13 Little Underbank was run by Turner’s son, Edwin, until his death in 1837. The building was then occupied by various tenants before  being used for warehousing.

In 1975, 13 Little Underbank was granted Grade II listed status. In terms of its architectural merit, 13 Little Underbank is considered to be a flagship example of purpose-built urban premises, built in a monumental character, with rusticated stone ground floor and archway with giant keystones. The building’s historic value relates to its stairwell that links Little Underbank (which lies in the natural ravine of Tin Brook) to the Market Place.

Prior to its restoration, 13 Little Underbank was a multi-occupancy property comprising a ground floor retail unit, leased by Age UK, and a first floor unit occupied by Dal Barista coffee bar and bistro. The second floor lay vacant.

The current owners purchased the property in 2018 with plans to restore the building to its former glory.

The restoration of 13 Little Underbank was completed in June 2021. Dal Barista has since reopened and the building’s longstanding ground floor tenant, Age UK, has also reopened following its own transformation into a boutique charity store. The top floor of 13 Little Underbank has become Stockport’s newest co-working space; Mustard.

Click on the picture to see how the building has changed overtime.

Given its prominence on the street and listed status, 13 Little Underbank was identified as a high priority building as part of the Rediscovering the Underbanks regeneration project. Below is a detailed summary of the proposed works:

An expression of interest in the grant was submitted by the building owners at the beginning of 2019, followed by architectural drawings, a planning application and listed building consent for the redevelopment. Once these documents were approved, the project then went out to tender.

The grant funding agreement for 13 Little Underbank was formally signed and executed in July 2020 with work starting on site in August.

Following Covid-related delays and unexpected issues, such as asbestos and rotten window cills, a request was submitted to National Lottery Heritage Fund for additional funding from the contingency budget and the ask was approved.

To aid cashflow, the grantee submitted monthly claims to SMBC based on project invoices. A total of 10 claims were received and paid out to the grantee.

The practical completion certificate was received in April 2021. 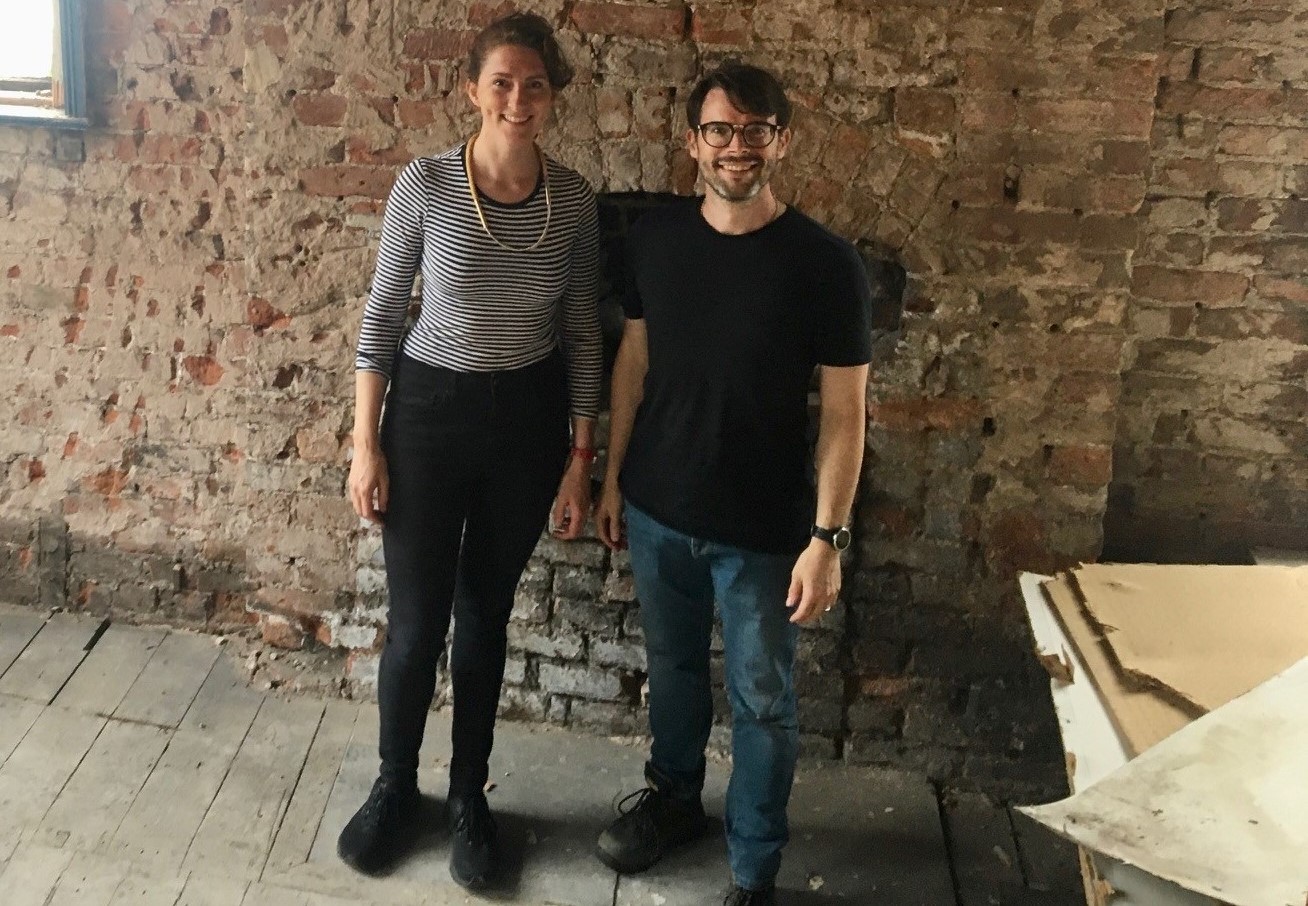 In their designs, the architects took the opportunity to improve the energy performance of 13 Little Underbank by internally insulating the walls and roof, and upgrading the performance of the windows, whilst still retaining the historic character of the building.

Following its restoration, the firm relocated to the second floor of 13 Little Underbank in Mustard, a new co-working space.

Their experience on 13 Little Underbank has also placed the architects in good stead to work on other restoration projects. Kelsall Architects have since been appointed to work on numerous capital projects in the Underbanks. 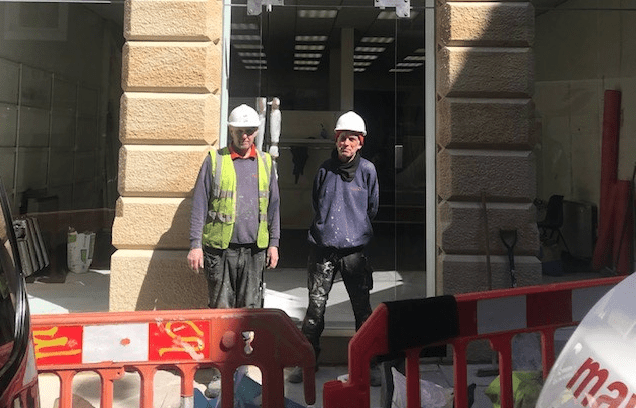 Maysand are a masonry and building conservation specialist based in Oldham, Greater Manchester. They were awarded the building contract for 13 Little Underbank in March 2020 as they were deemed to offer the best value and technical capabilities.

Due to Covid-19 related delays, Maysand started on site slightly later than anticipated, in August 2020. The restoration and certificate of completion was issued in April 2021.

When the arches were revealed behind the old shop signage, there was some doubt as to whether they were true arches, making it difficult to measure for the glass infills. To solve this, a 3D laser scan was used to find the exact size and shape of the arches. Accurate to 2mm, the laser revealed the arches are almost perfectly round.

Using their expertise in masonry, Maysand were able to faithfully reinstate the original shopfront. To match the existing façade on 13 Little Underbank, ‘Fletcher Bank’ stone was installed and a mixture of machine detailing and hand sculpting was then used to dress the stone with a punched finish to give it an authentic look.

Following the removal of the roof for repairs, it emerged that the joists were uneven, impacting drainage. The joists were then levelled, before a new roof deck and covering was laid. The parapet was also replaced, making the flat roof safer, and opening up a wealth of future opportunities to use the roof space.

Windows on the first floor were repainted. However, due to their poor condition, the windows on the second floor had to be removed and were replaced with slimline double glazing. The slimline frames closely match traditional timber windows and allow natural light to flood into the building, while being more energy efficient. Stone cills on some of the windows were also replaced due to their condition.

As part of the restoration works, the soffits, finishes and handrail in the stairwell were all repaired. Rubbish was also removed from the gaps between 13 Little Underbank and St. Petersgate Bridge after decades of build-up. Wire mesh was then inserted to prevent this reoccurring again. The lighting in the stairwell is also set to be replaced with heritage-style LED lanterns to match others within the Underbanks area.

Much of the rainwater goods on 13 Little Underbank were either repaired or replaced during the restoration. Water is often the main agent of decay in historic buildings and after corroding for years, the rainwater pipes on the building had resulted in rusting and damp. Heritage-style rainwater goods were chosen to replace those that become severely damaged to remain true to the historic character of the building.

A lime mortar mix containing aggregate was used to repoint 13 Little Underbank. While lime mortar is traditionally used in the conservation of buildings to match historic mortar, the aggregate gives volume, stability and resistance to wear and erosion. The mortar used was also colour matched to the existing pointing on the front elevation.

During the interior restoration of 13 Little Underbank, the top floorboards were removed to reveal the original blackened floor beneath. The original floor was then lifted and levelled, before being re-laid, lightly sanded and oiled. The historic floor has since become a key feature of the second floor co-working space called Mustard.

After stripping out the bathroom fittings, a brick-lined hole approximately 900mm wide and 3m deep was discovered. After lowering a camera down, the hole appeared to turn a corner and become a tunnel which may link to the building’s distillery past. A hatch has been fitted over the tunnel so that this can be explored at a later date…

Find out more about the project


Find out about other buildings being restored in the area
l

Find out more about the grant process
Skip to content